“It’s not easy being a Princess”

Kensington Palace, 1993. She was the Diana of her day. That day has gone. But HRH The Princess Margaret has a final chance to be of service.

Acquiring potentially sensational letters from Charles and Diana, she means to burn them all. But there are other papers, relating to Margaret herself. And when an ex-gangster admirer shows up, the Queen’s sister has the choice to make or break her family yet again.

Inspired by actual events, A Princess Undone visits The New Theatre Royal, Lincoln prior to a London run – starring Harriet Thorpe, much loved for her appearances in Absolutely Fabulous and The Brittas Empire (TV) and Calendar Girls (film) as Princess Margaret, with a supporting cast of West End actors. 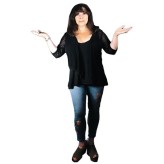 Harriet Thorpe is one of the UK’s leading character actresses, with a career spanning more than 30 years Harriet's characters are always larger than life.

I’m on a mission to help us women over 50 feel fabulous.

As women our whole life is about working, achieving, providing for our families, our partners etc.

Our generation was the first to have every opportunity we needed to succeed: education, careers, birth control, fashion, emancipation from the home etc.

Now we’ve done all those things, we’ve achieved and worked and provided… and there’s no blueprint for what’s next!

We’re not done yet. Things move faster and faster these days but we want to keep up, not slow down.

This isn’t keeping up with our daughters or trying to turn back the clock, it’s living in the here and now, seizing the moment and looking forward to the next great chapter where we continue to write the rules as confident, independent women… still in charge no matter what age we are!

Follow me as we discover how women everywhere are shaping their futures in amazing ways.